Cory called Forefront Construction with concerns regarding water under his crawl space vapor barrier. He was puzzled as to why there would be so much water in his crawl space when his home was just recently built in Snohomish. Since Cory already knew that standing water in a crawl space could lead to potential issues like mold, mildew or wood rot he wanted to address the problem promptly to avoid any further damages to floor joists and beams and a high repair cost in the long run.

After our extensive investigation of his crawl space we determined that he was in desperate need of a full perimeter drainage system equipped with a sump pump to alleviate the standing/pooling water and properly discharge it away from the crawl space and foundation of his home. Cory was eager to resolve his crawl space flooding issues so we got a crew out to his home to start work within a week of his decision to move forward with the Forefront Construction team. Since it had been a while, and a few rain storms later, after the original inspection things where a bit “muddy” and workability was difficult. It didn’t take the crew long to figure out that something was different about this home, unlike others they normally work on. After sending the production manager to evaluate the situation it was determined that, the homebuilders placed a large amount of backfill in the crawl space causing a swamp like affect to occur when it rained a lot. Despite the crew having troubles getting the system installed due to the backfill they worked diligently and made sure that we installed a system that would resolve the water in his crawl space and help protect his home from possible damages that would result if it was left untreated.

Cory was very satisfied with the commitment from the crew and the production manager in handling his very unique situation. When his father expressed similar concerns with his home he referred him to Forefront Construction and we were pleased to complete work for him to address his basement flooding and waterproofing problems. 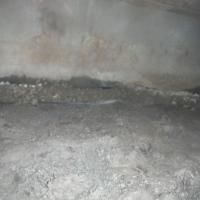 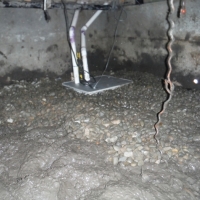 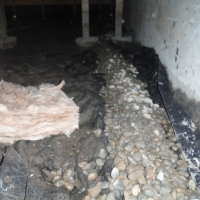 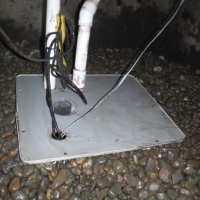 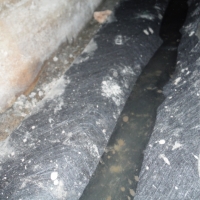 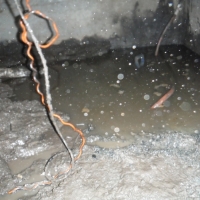 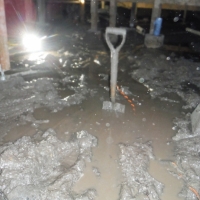