Heidi owns a typical split-level home in the neighborhood of White Center, Seattle. As most homeowners do, Heidi was experiencing flooding in her below grade garage and basement. Even though she had only owned the home for a few years, the house was built in 1969 and like most older homes the drains had failed over the years. There was water backing up from an exterior drain outlet directly outside of the back door and also coming in from the cold joint of the below grade foundation wall. Since Heidi used this area to store some valuable and important things she was dedicated to making sure her garage stayed dry and her valuables were protected.

To resolve the water intrusion and prevent the basement and garage areas from flooding again, we proposed an interior drainage channel that would be installed along the exterior, below grade, foundation walls. We also proposed to install a trench drain in front of the door where the exterior drain outlet was located. Since the doorway was at the bottom of an exterior staircase, it was important that we address the water runoff from the stairs as well. In this situation, we installed a new catch basin at the stairs landing and connected the catch basin to the drain channel. The trench drain will collect all water that passes over or around catch basin. This approach will ensure that all areas of concern where the water is intruding at are being treated. Heidi elected not to have a sump pump installed and rather asked that we gravity drain the water to an outside discharge outlet where it would be safely redirected away from the foundation of the home.

It took the crew just a short two days to complete the work from start to finish. Heidi was able to utilize her storage area again and without a doubt that anything would become damaged or ruined with water flooding into her home. 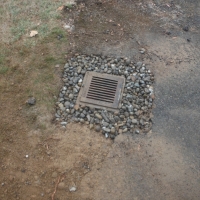 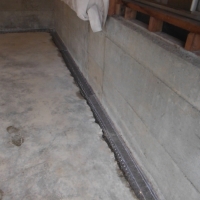 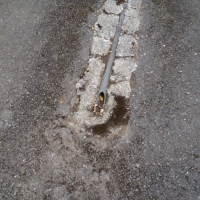 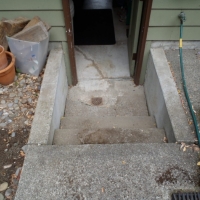 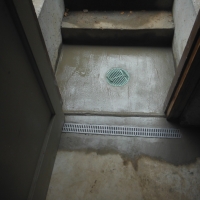 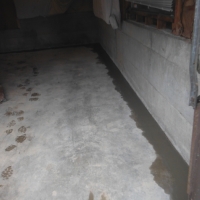 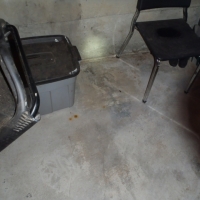 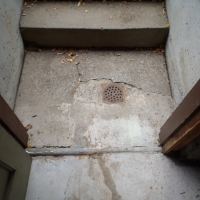