Jon approached our booth at the Puyallup RV Show and spoke with one of our representatives in regards to his crawl space. He first looked at our display and asked if we address water issues as well as clean up. We informed him that we specialize in waterproofing crawl spaces and that we offer free inspections to homeowners. At this point he jumped at the opportunity to schedule an appointment to have one of our system design specialist meet with him and do an inspection on his crawl space. He mentioned that he was tired of dealing with the pooling water in his crawl space and was worried that over time if he didn’t address the issue then he could have bigger issues with his posts and beams.

During the inspection it was evident that there had been standing water in the crawl space. There was efflorescence on the current vapor barrier and there were some areas with pooling water. In a situation like this a proper perimeter drainage system along with a pumping system and a crawl space encapsulation system are highly recommended to address all moisture and water issues. Jon agreed to have his crawl space completely encapsulated so that he no longer had to worry about any damages to his home or any of the wood structure.

After the completion of the encapsulation, Jon couldn’t believe his eyes. “The finished product looked just like it did in the brochures. My crawl space had a complete transformation. I don’t think I will be dreading going under there if I have to now. It is so clean and bright. Not only does it look clean but encapsulating was the right thing to do. I now have the water issue under control and with the Triple pump in place I can be reassured that I will be protected all the time even if the power goes out!” 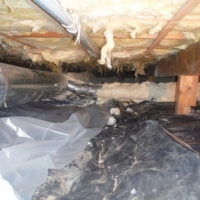 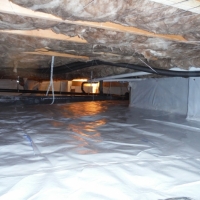 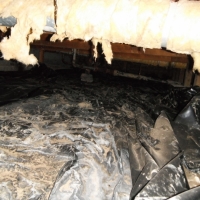 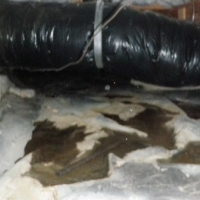