Eldon has been a repeat customer of ours. The relationship between Eldon and Forefront Construction began in 2012. He first contacted us because he had a purchased a home in which he noticed had some foundation problems. The home has a cinderblock foundation and he noticed some bowing of the foundation walls. Our lead foundation specialist was sent out to meet with Eldon. At the time of inspection, the specialist not only inspected the foundation, which was Eldon's main concern, but he also took the time to inspect the basement and the crawlspace.

After a thorough inspection, Eldon decided to have one area of his foundation addressed at this time by having 4 push piers installed. Eldon was so happy with the work that had been completed that he called back 7 months later to have the rest of the foundation repaired.  This time he wanted to level and stabilize the remaining areas of the foundation; an additional 15 piers were installed.

“I have had a great experience with the office staff and the installation crews. I would recommend this company to anyone. Everyone was so informative, even before we started the work; they informed me of the different things that could possibly happen during the installation process. This is why I had them come out a third time. They had informed me from the beginning that the posts in my crawlspace may need to be addressed once the home had been leveled. And they were right. Months after having my foundation leveled and without hesitation, I called them once more to address the posts in my crawl space and had them install crawl space jacks. I know now that if I ever feel the need to have someone work in basement, crawl space, or foundation, it will be Forefront Construction who I will be calling.” 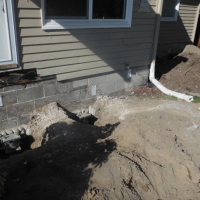 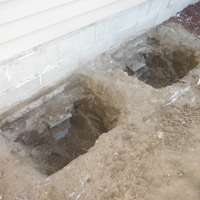 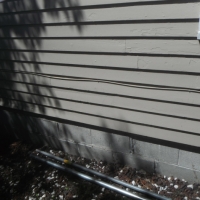 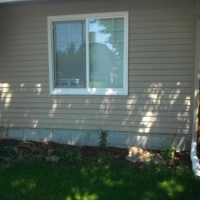