After recently purchasing a house “as is” Geoffrey knew that he needed someone to come in and address the foundation settling issues along the west side of the house. When he called Forefront Construction, he informed the customer service representative that he needed someone out fairly quickly and he wanted to have the problem fixed before he moved into the home.

Forefront Construction was able to have a system design specialist out to conduct an inspection a week after Geoffrey’s initial call. When the system design specialist arrived on site, he introduced himself and informed Geoffrey that not only was he there to look at the foundation from the exterior, but he was also going to be conducting an inspection of the crawlspace so that he could evaluate the foundation from the interior. After completing the inspection and review the pictures taken, Geoffrey was given a proposal to install 7 push piers along the west side of the house as there was indication of settlement of approximately 1 inch. Geoffrey took 1 month to gather more bids, which Forefront Construction encouraged him to do so, and compare all the information that was provided to him. He chose Forefront Construction because they were the most thorough and was able to work with his schedule as the work had to be completed within a specific time when Geoffrey would be in the Tacoma area as he travelled a lot for business.

Once the project had been scheduled to fit Geoffrey’s schedule, the crew arrived on time every day during the installation. They were thorough in explaining the installation process and were great at provided daily updates to Geoffrey. The project took 4 days and the crew was able to level the west side of the house. When the project was completed, the crew made sure that the work area was clean. Geoffrey couldn’t believe that his home was now level and that you couldn’t even tell that just days earlier there were holes  in the concrete along that side of the house. Overall, he was glad that he chose Forefront Construction to address his foundation settlement issues. 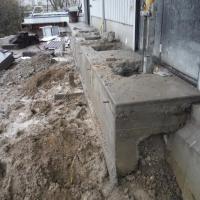 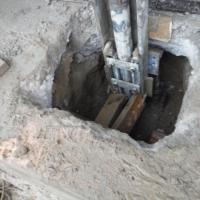 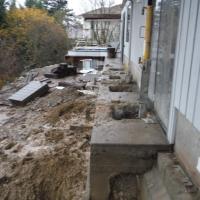 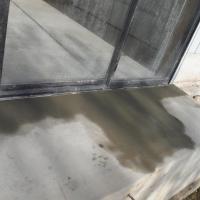