It is never a pleasant feeling when you purchase a home to shortly after find out it has foundation problems. However, this is all too often the case and what unfortunately happened to Mrs. Zelic. In order to avoid any further damages Mrs. Zelic called Forefront Construction to come out, assess the situation, and provide a solution. After all, she had just purchased a beautiful newly renovated home in West Seattle and did not want a poor foundation to diminish the value.

When the home was originally built in 1928, a brick chimney was constructed on the side of the house.  When our certified design specialist analyzed her home he noticed several cracks on both parallel foundation walls opposite of the chimney. This is an indicator that over time the chimney’s weight was pulling away and separating the foundation down the middle. He also noted at least 1 inch of settlement from the rest of the house. Not only was the chimney leaning away from the structure it was also sinking and bringing down the foundation with it.

To remedy the problem, Forefront Construction recommended four push piers be installed on the same side of the home as the chimney. The piers were installed under the foundation and chimney footings and are driven down to hardpan soil. They will support the foundation walls and chimney from settling any further.

We lifted approximately one inch to bring the home back to level position. This helped to close off some of the gaps in the foundation walls. The job was able to be completed in one day with minimal excavation. Despite the crew running into old tree roots they managed to work around them and continue on schedule. 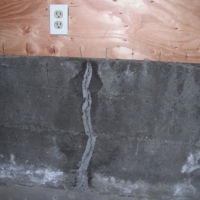 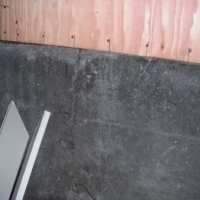 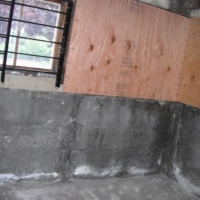 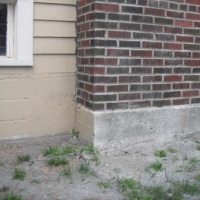 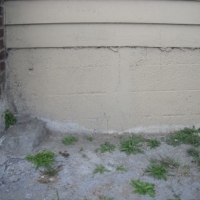 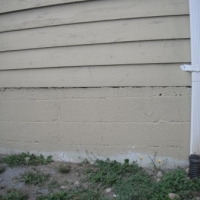