Mr. Camp was unsure if he had a problem with his crawlspace. He had started to notice a musty smell in certain areas of his home. He had never gone underneath himself to check it but after having a plumber fix some of his pipes, he was made aware that there were some areas that were hard to get through and that he had various ducts that had fallen on the floor. After giving it some thought, Mr. Camp decided to find someone who would come out an inspect his crawlspace and let him know if there were any issues with the crawlspace. The inspection completed by Forefront Construction concluded that there in fact were areas in the crawlspace that did not meet current code regulations for the height. There were no signs of foundation issues or water issues, but there was no vapor barrier present. Therefore, it was proposed that Mr. Camp’s crawlspace be encapsulated after having the areas excavated to meet the appropriate height requirements.

Mr. Camp was happy to know that there were not any major issues with the crawlspace, but he knew that if he wanted to sell his home in the future, he would have to address the height code regulations and decided to go forth with the work proposed. “I figured I might as well get the encapsulation, this way I won’t have to deal with the musty smells, and plus someone will already be working in the area so why not,” he told the system design specialist when he signed the contract.

Because the square footage of the crawlspace was rather small, it took the crew 3 days to complete all the work proposed. They removed all the debris and then began excavating throughout the crawlspace so that the entire area met the height requirements. After all the excavation was completed, they sealed the rim joist with spray foam insulation and then finalized the project by encapsulating the crawlspace. “Having the work done was a great idea because now I know that the crawlspace is up to code so if I ever decide to sell my house, that is one less thing to worry about.” 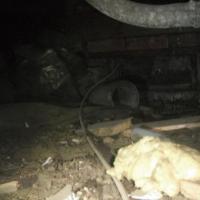 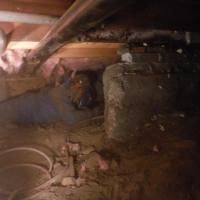 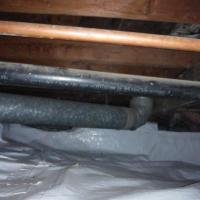