Richard had lived in his home for more than 10 years and overtime his floors had seemed to become more unleveled. He especially noticed that about 8 ft. of the foundation on one side of the home had begun to settle. He was looking for someone who could come out and provide him with a solution to stabilize that area of the home. He had been thinking of selling his home and knew that he needed to address this issue before placing it on the market because he knew it wouldn’t pass inspection.

After having Forefront Construction come out and inspect his foundation, Richard was also made aware that there were areas throughout the crawlspace that had standing water and also areas where there was no vapor barrier present. The Forefront Construction System Design Specialist brought these items to his attention as well, because if he was planning to sell, he would need to address these issues as well. Forefront Construction gave him a quote for addressing the foundation settlement problem as well as addressing his crawlspace issues. He was quoted installing 5 pin piles, crawlspace drainage, a sump pump system, the clean-up of the crawlspace and replacement of the 6 mil vapor barrier. The installation of all these proposed items would address all the issues that would cause obstacles in the sale of the home for Richard.

After having other professionals come out and provide quotes to address his problems, Richard decided to go with Forefront Construction. Yes they were a little more expensive, but he felt that they had better business practices because of all the people who came out to assess his foundation problem, Forefront Construction was the only company who informed him of the crawlspace issues he had. He liked that even though they were out to inspect his foundation only, they informed him of the crawlspace work that had to be done. This saved him time and a headache trying to find a different contractor to come out to address a separate issue.

Forefront Construction sent their most experienced foreman out to complete the installation. The entire project took only 4 days to complete and at the end Richard’s home was now not only stabilized, but level once again. His crawlspace no longer had standing water and was now up to code. He couldn’t have been happier with the choice he made because now neither his foundation nor his crawlspace would be obstacles in selling his home. 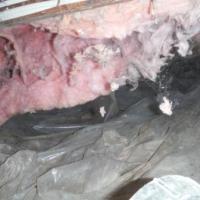 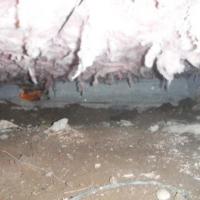 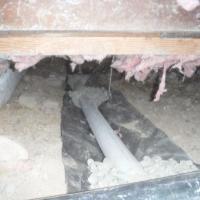 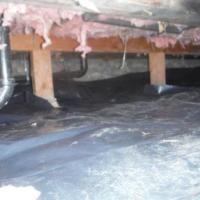