A brand new constructed home, our client's builder Dan contacted Forefront Construction to aid in waterproofing the basement before it was finishing the house. Dan called us because he noticed a higher volume of moisture and humidity and wanted the help of a waterproof expert. After meeting with us, he decided to have a drainage system installed in the areas that were of a concern to him. He also elected to have a triple pumping system installed. At this time, our company proposed that a wall system and a dehumidifier also be installed, however, the builder and the homeowner agreed that this could be done at another time. After having our crews installed the waterprofing system to control the water intrusion issues that were present, the builder and homeowner were extremely satisfied, where both stated: “The crew did such a great job cleaning up. This was my biggest concern as the home is brand new. It was ready for me to move in!”. The homeowner moved in and wanted more work done! “I think it is time to get that dehumidifier we talked about a few months ago, and I also would like to add some of your finishing tiles.” Our company was pleased that because her great experience, she wanted to do more work that we all recommended and then some. The homeowner requested the same crew, and unfortunately, that crew was working on a big project, but we assured her that all our crews are well trained and qualified to do our installations and that she would not be disappointed with the next crew. The second crew came in and continued working in her space. She was happy to know that the second crew was also able to complete the installation efficiently with high quality, stated:  “The time and precision taken to install my flooring while also addressing all of her concern. The homeowner also said that the triple sump systems is  mind blowing. 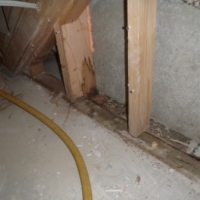 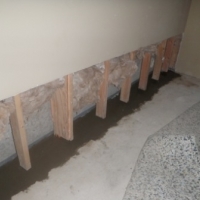 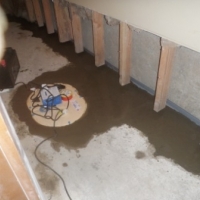 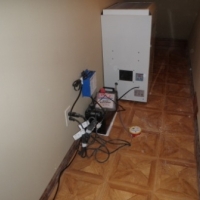 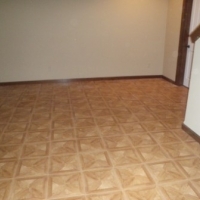