When Chuck realized that there was water on his basement floor he didn’t know what to do. He had no idea what was going on or why this was happening. The only thing that he knew was that he needed to find out where the water was coming from before he continued with the remodel of his basement. He had been placing this project on the back burner and when he finally decided to start the work, Chuck called many company. Forefront Construction came out and assessed his basement problems.
Upon completion of the inspection, Chuck was informed that the water was coming in through the cold joint along only one wall and that there was a lot of moisture wicking through the wall. Forefront Construction recommended that the entire full perimeter of the basement be waterproofed with the WaterDirect system and the vapor barrier wall system. Chuck hired our company and decided to only have the problematic wall addressed at this time. When the signed proposal was submitted to the office, Chuck had requested that the work be scheduled out a month as he was going to be out of town. The office worked with Chuck to schedule the installation of the system that would work for Chuck's scheduled. Chuck was very impressed at how accommodating Forefront Construction was to fit the installation into his schedule. He was also impressed at how quickly the crew was able to install his system and of the quality of the work that was completed. Chuck said: “The crew left my basement very clean and explained to me what things to avoid when finishing the basement so that I would not damage or interfere with the new waterproofed system that was just installed.” 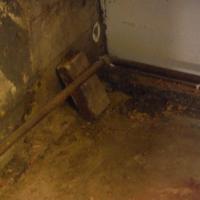 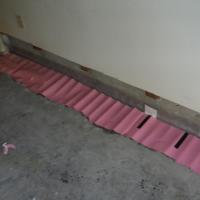 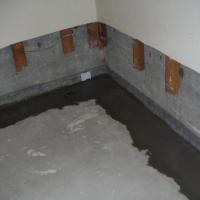 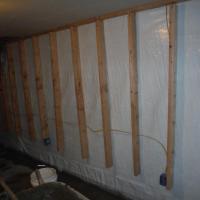